It’s official! NASA is now accepting applications for its next class of astronauts. What makes this news particularly exciting is that some members of this next astronaut class could very well be on the first mission to Mars. Among the astronaut requirements: at least 1,000 hours of pilot-in-command time in jet aircraft and 20/20 vision.

Clear vision matters to pilots whether they’re Mars-bound or not. Steven Schallhorn, M.D., Chief Medical Director for Optical Express and Professor of Ophthalmology at the University of San Francisco, understands the importance of clear vision after his time as an F-14 pilot and Top Gun instructor. Dr. Schallhorn, a U. S. Navy Captain and decorated ophthalmologist in San Diego, was instrumental in NASA’s approval of LASIK in September 2007.

If you fly – for recreation or professionally – good eyesight can be a matter of life and death. Whether it’s spotting other traffic in a busy pattern, detecting runway hazards on final approach, or reading charts and electronic flight instruments, the quality of your vision is a big part of the margin of safety.

For pilots who need correction, LASIK – corrective laser eye surgery – may be a worthwhile alternative to glasses or contacts.

Can pilots get LASIK?

Pilots can get LASIK, the U.S. Navy even provides laser vision correction to its pilots. LASIK has gathered significant support in the aviation community. Within the U.S. Air Force, LASIK has been performed for many years, and recently expanded its criteria to allow a wide range of pilots and aircrew, including pilot candidates, to undergo the procedure. The U.S. Navy provides laser vision correction to pilots, including aircraft carrier aviators, and SEAL commandos.

Can astronauts get LASIK?

As a further testament, NASA now allows it for members of the astronaut corps. “LASIK offers many advantages to pilots,” says Dr. Schallhorn. “Using the latest LASIK technology, it’s possible to safely correct vision with a high degree of precision. At the same time, it can eliminate aviator concerns about glasses being dislodged during turbulence, or contact lenses causing irritation or problems with glare. In an emergency, there’s more than enough for a pilot to deal with. Anything that reduces the task list helps keep you safer, and LASIK can do that while providing excellent vision, which in itself enhances safety.”

“Choosing the right LASIK surgeon and laser center is essential, but especially so for pilots whose careers or just ability to fly depends on a successful LASIK outcome,” he says. “For pilots, a qualified surgeon is one who has successfully performed many procedures and can expertly determine if you are a good candidate for the LASIK procedure. A high-quality center utilizes the latest technology, including diagnostics and lasers, in a proper clinical setting and employs a well-trained staff. You need to avoid centers that offer older, outdated technology at the lowest possible price where the only concern is completing a sale.”

Are there any risks to consider for pilots or astronauts thinking about LASIK?

“It’s also important to keep in mind that while LASIK has an exceptional and proven safety record, as with any surgery there can be risks associated with the LASIK procedure,” Dr. Schallhorn said. “There is also a recovery period after LASIK, typically a few days but can take longer, during which night vision may not be adequate to fly– any pilot considering LASIK should take this into account, and it might be an important factor for anyone who flies for a living. Also, astronaut applicants need at least one year from the date of their procedure with no permanent adverse effects. This is another area where a consultation with a qualified eye care provider – especially with one familiar with the demands of flying and the aviation industry – can be helpful.”

While presbyopia is less of a concern for military aviators (who are generally in their 20s or 30s), this is not the case for commercial pilots. Non-surgical correction of presbyopia is typically addressed in the community using glasses (bifocal, trifocal, or progressive lenses) or monovision contact lenses. Although aviators are not allowed to fly in a monovision state using contact lenses, monovision laser vision correction is acceptable to the FAA under the following conditions: 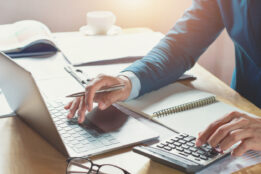 How Much Does LASIK Cost? 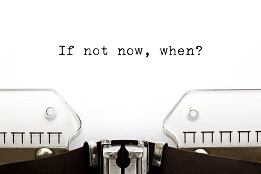 How Old Do You Have To Be To Get LASIK? 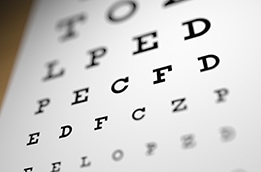 How Long Does LASIK Last? Is LASIK Temporary or Permanent?